Reasons to Relocate to Dallas – Fort Worth

The Dallas-Fort Worth-Arlington metropolis has a population of about 7.4 million.  It is one of the three fastest-growing metropolitan areas in the U.S. with Houston and Atlanta making up the other 2. In 2017, Dallas boasted the second highest rate of job growth in the US.  According to data from Indeed, Dallas is third in the U.S. for highest salaries (this is after adjusting for the cost of living expenses).  Dallas/Fort Worth International Airport is the 4th busiest airport in the nation.

The cost of living in Dallas and the Dallas job market are top factors driving this growth. Cost of living is about 1% above the national average. Business friendly tax laws have corporations positioning their headquarters here.  American Airlines, is headquartered in neighboring Fort Worth and employs 25,000 people from flight attendants to engineers. Southwest Airlines, AT&T, ExxonMobil, JCPenney, Kronos, and Fossil have all chosen Dallas for their headquarters, as well. Amazon’s fabled HQ2 found Dallas to be one of the top contenders.

Medical City Healthcare is one of the region’s largest, most comprehensive health care providers and includes 14 hospitals, 7 off-campus emergency rooms, more than 50 ambulatory sites, more than 7,000 active physicians and 15,000 employees in the Dallas-Fort Worth area. Texas Health Resources, Inc. and the Baylor Healthcare System both have large numbers of positions staffed in DFW.

With over 70 data centers, DFW is gaining momentum as one of the top data center markets in the country. It is not a coincidence that so many data centers are moving to Dallas, especially since major corporations such as State Farm, Toyota North America, Huawei, Samsung, and McKesson have recently relocated to the area.
Outside of Dallas, the suburbs are some of the most secure neighborhoods in the country. FBI data shows an average of fewer than 20 crimes reported per 1000 people.
Data from the educational services shows that the Forth Worth suburbs have some of the best school districts with graduation rates of more than 90 percent. The public-school management system is also very organized in Texas in general, and you do not have to enroll your child in a private school to access school amenities.
Both Dallas and Fort Worth have thriving Cultural Districts.  The Dallas Arts District spans 68 acres on the northern edge of Downtown Dallas. In addition to world-class performing arts venues, you’ll find the Dallas Museum of Art, the Nasher Sculpture Center and the Crow Collection of Asian Art.
Situated across from the district is the award-winning Klyde Warren Park, a 5-acre urban oasis perched atop a sunken freeway. And at the opposite end of the park is the Perot Museum of Nature and Science featuring five floors of mind-blowing exhibit halls.  Fort Worth’s Cultural District is home to major museums, including the Modern Art Museum of Fort Worth, the Fort Worth Museum of Science and History, and the Kimbell Art Museum, with its collection of European paintings and antiquities. Indie-rock and country acts perform in popular bars south of West 7th Street, while the Will Rogers Memorial Center hosts rodeos, livestock shows and events.
There is the legendary Six Flags amusement park in Arlington. Nearby you can also find over 3,000,000 gallons of water and rides at Six Flags Hurricane Harbor. 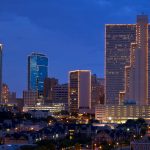 Moving to Corpus Christi? Here are 5 Reasons to Consider It! 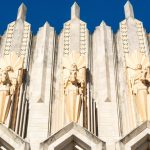 Reasons to Move to Waco, Texas
PrevPreviousDownsizing Tips
NextShould You Pack Yourself or Hire Professionals?Next